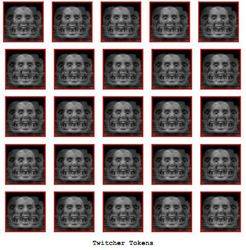 An expansion to Zombie Plague by Hackwerks. Based on an idea taken from the Dawn of the Dead remake - Twitchers are Zombies that have not had their brains totally traumatized. This results in any undead damaged in this way still having the ability to move around, albeit in a sporadic, uncontrollable state. Expands: Zombie Plague