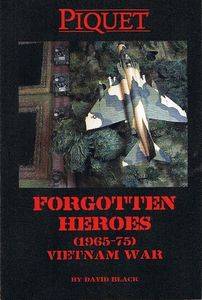 Forgotten Heroes provides a complete package to allow you to recreate the Vietnam War. The rules will work equally well for those who want to depict the early Search and Destroy days of the war against the VC and for those who want to recreate the desperate days of the 1975 collapse. In general, the Vietnam War was fought at the company level, with the platoon of 2 - 4 squads (representing anywhere from 20 to over 40 men) being the basic maneuver element. Previously, this scale has been neglect by most miniatures rules dealing with the Vietnam War, which have focused on the individual's perspective. Forgotten Heroes enables the you to command a full infantry company (of 3 - 4 platoons) or more, and the accompanying assets, in a way no other Vietnam War era rules set has done before. It is only in this Scale that the gamer can really recreate the village sweeps, helicopter insertions into hot LZs, assaults on bunker complexes, VC convoy ambushes, riverine actions, and fire base assaults, that typified the major actions of this conflict. Forgotten Heroes includes rules for the unique aspects of the Vietnam War. These rules include the following: VC/NVA tunnel systems, riverine craft, civilians, caches and stores, rules of engagement, booby traps, ground surveillance radar, command detonated mines, night combat effects, and many more. Forgotten Heroes also includes special event cards that can be added to the normal sequence decks, such as Chieu Hoi, DiDi Mau, General Visits Front, Hearts and Minds, Media Circus, the dreaded FUBAR, and more. Forgotten Heroes bas been designed to be as accessible as possible to both a newcomer to the Vietnam War and he gaming veteran. The rules include information on the varied equipment used in the war and full TO&amp;Es for the US Army, US Marine Crops, ARVN, Australians, Viet Cong, and NVA. Two introductory scenarios are included, as a bonus supplement, rules are provided for the First Indochina War including sequence decks, equipment and weapon lists, and TO&amp; Es for the French and Viet Minh. Expands: Piquet: Master Rules for Wargaming