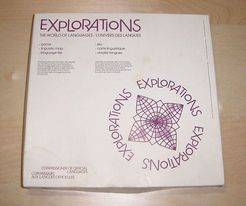 The goal of the game is to collect the maximum number of victory points by becoming citizen of various cities of the world. In order to become a citizen of a city, a player must travel around the globe to learn the city language by collecting "language cards". The game uses "lite brite" pegs to indicate which player is a citizen of each cities.