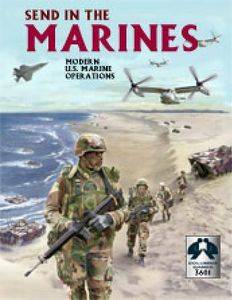 Based on the modern Marine Expeditionary Unit (MEU) pre-stationed aboard ships, close to the trouble spots of the world. This force of about 2500 Marines is prepared "to kick the door in", whenever and wherever they are needed. The Marines are supported by F-18 Fighters, Harrier jump jets, Cobra attack helicopters, M1 Abrams tanks and Hummer heavy weapons carriers. Armed with the most advanced and lethal weapons systems, the Marines abhor losses and never leave a man behind. The Opposition Force (OpFor), are armed with a conglomeration of potential weapons that could be encountered in any third world sweat hole.