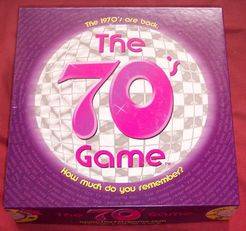 The 1970's are back. How much do you remember? The game has 2,000 trivia questions in 5 categories about the 70's - Television, World Events, Music, Movies, and Sports. Team up with your friends and reminisce all about the golden era of polyester leisure suits and disco. Jump from decade to decade from 1970 to 1979, challenging your knowledge of the 70's. Do you remember what year Fleetwood Mac released Rumors? Muhammad Ali won the Thrilla in Manila? The Watergate Break-in occurred? If it happened in the 1970's - it's in the 70's Game!