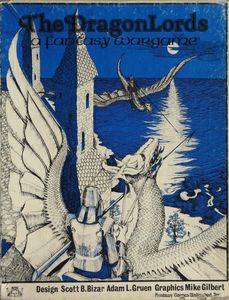 Two wizard/emperors vie for control of the major peninsular of Anador. The players have 5 types of magic to chose from with spell levels, fantastic troop types, sieges, taxes and a combat system derived from another game (Lords and Wizards). The game contains a full color map (22" x 28") 600 die cut counters, rulebook, a separate CRT and a number of other charts. All military units must have leaders to function effectively, so there are a selection of dukes, earls, and barons that must also be purchased with armies to keep units under control.