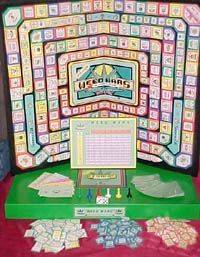 The object of the game is for the first person to make a million dollars by growing, harvesting and trafficking different strains of marijuana. It is a highly interactive game, giving players the opportunity to hinder another opponent's financial progress. This game does not endorse the use, sale or cultivation of marijuana, however is a fantasy of a different life, lived by some and to others only ever read about in the papers and seen on TV. This is the first of a series of patented games brought to the world by Nyte Tyme Enterprises Inc., with the idea of representing alternative lifestyles in play, and offering an opportunity to be someone that you either never wanted to be, or never had the opportunity to become. "Weed Wars - On Higher Ground" is a factual representation of the trials and tribulations of characters involved in all aspects of the marijuana industry and culture.