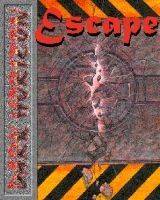 From the box: A near-future tactical combat simulation for two players or teams. One player controls the agents of the People for a Unified Tomorrow (PUNT), attempting to destroy the Armageddon Device and escape Talobar Technologies alive. The other team controls the Talobar CorpGuard security forces, using whatever means necessary to stop the agents. Unique puzzle board floor tiles allow an almost infinite numbers of layouts, while the finely detailed Grenadier miniatures and stand-up door pieces give the game a realistic 3D feel. A simple impulse-based system keeps all players involved in every moment of the game.