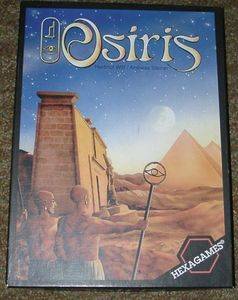 12 priests follow 12 gods in ancient Egypt. Players distribute support between the gods and then the priests are moved and conflict and a power struggle to reach the pinnacle of a pyramid. The game involves magnetic stickers being placed on the god and priest counters, so that a priest connects to its particular god in secret initially. One of the gods is hidden at the top of the pyramid. When it is revealed, the player who has the most supporters in that god's temple will win. Nice graphics.