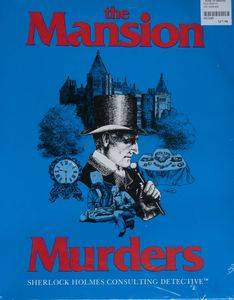 “Can you deduce who killed the wealthy tea magnate, Sir Alfred Sipton? Or piece together the previously unknown chapter in the history of the Maltese Falcon? Was it suicide or murder at the reunion party of Watson’s old regiment? Did Sir Harold Hobson’s bookish son poison three of his father’s house guests?” This is the first supplement to the Sherlock Holmes Consulting Detective: The Thames Murders &amp; Other Cases game. Apparently there were 2 releases of this game: One required the original game, Sherlock Holmes Consulting Detective and one that was complete and standalone. The expansion that did require the original game did not have the 24" x 28" Map of Holmes' London or the London Directory. The game challenges your deductive reasoning skills and ability to discern important details from generally available information. No luck is involved, just your mental ability. Great fun with a group of fellow sleuths or as a challenge all by yourself.