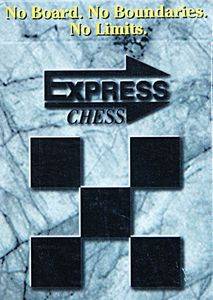 Based on when Blackbox originally put it out, this could be considered Chess's answer to collectible card games. Cards represent typical chess pieces, and the board is defined by the rows of cards originally laid out. Throughout the game players capture each others' pieces as in normal chess, but can continually add to the board from the cards they hold in their hands. Additional rules, such as the pawn combo (after moving a pawn, you can make a second move through or into the vacated space), add new elements over classic chess. Pawn combos together with piece limits and placement restrictions serve to balance the value of the different pieces. A small number of cards have special powers on them, further changing the rules of the game.