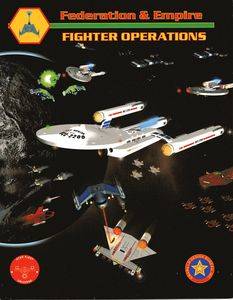 Fighter Operations provides new rules and ships for the game FEDERATION &amp; EMPIRE. The primary element of this product is the ability to break down the Carrier Groups of FEDERATION &amp; EMPIRE into individual ships, and then reform them (or other ships) into new carrier groups that suit your needs (or what ships you have). Other new rules include Federation A20 fighters, Federation SWAC shuttles, and Klingon SWARMS. Expands: Federation &amp; Empire Reimplements: Federation &amp; Empire: Carrier War