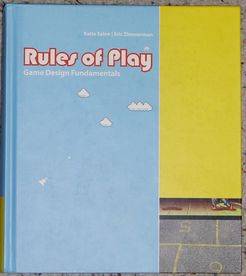 Sneak is a commissioned game from Kira Snyder for the game design textbook "Rules of Play", by Katie Salen and Eric Zimmerman. Sneak is a party game for 3 or more players. Each player is secretly assigned a role, either a Spork, a Foon, or the Sneak. Only one player is the Sneak, the others are evenly divided between Sporks and Foons. The goal is to figure out who is the Sneak. The players perform a series of challenges. Some of the challenges are private (written on a note card) and some are public. The challenges typically direct Sporks and Foons to do different things (for example, draw a train vs draw a plane), and the Sneak gets to choose which one to do, except for certain challenges which tell the Sneak what to do. Each player starts the game with four counters, and they can use these counters to buy information. For one counter, a player can require another player to show the entire group one of their written note cards. For two counters, a player can purchase a private look at another player's note card. Players can call for a vote at anytime, and each player writes down who they think the Sneak is. Sporks and Foons get points for guessing correctly, or lose points for guessing wrong. The Sneak gets points when other players guess incorrectly, and loses points when other players guess right.