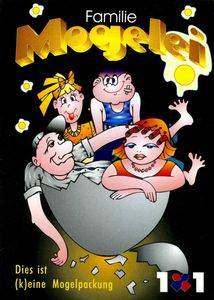 An unusual trick-taking, point-based bluffing card game. Goal Getting as many points as possible by collecting egg cards and avoiding cards with fried eggs. Game play The 12 egg cards are put into a stack. The other cards (in four colours, each with values 1-24) are shuffled if the game is played with 8 players. If there are fewer players, specific cards are removed. Each player is dealt 12 cards. The start player calls a colour. Each player puts a card in front of him/herself, face down. If you have a card of the called colour, you have to put down a card of that colour. If not, you can choose any of your cards. When all players have put down a card, each player decides if he/she wants to reveal his/her card, starting with the start player. You can only reveal your card if it is of the colour that was called. But if you have played a card in the called colour, you can choose to pretend you didn't and thus don't reveal your card. If nobody reveals a card, the caller stays in control. If any cards have been revealed, the player with the highest card takes over control. The player in control can choose between continuing ending the round doubting a player. If the player in control continues, the same colour stays active and all players put a second card on top of the previous. If the player in control ends the round, the biggest liar is determined: the unrevealed cards are revealed and the player who played the highest card in the called colour gets an egg card. Then all played cards are put into a stack next to the player. If the player in control doubts a player, that player has to reveal his/her played card. If it is of the called colour, the doubted player must take all the played cards. If the player in control incorrectly doubts a player (i.e. they played a card in a different colour), the doubter must take all the played cards. Some cards have fried eggs printed on them, which count as negative points. The game ends when the last card has been played. Each egg card is worth 3 points, each fried egg on one of the cards a player has received counts as -1. After five games, all points are added up and the player with the most points wins the game.