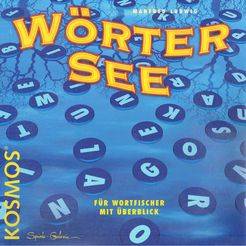 Using the game components, a "sea" of letters is prepared and revealed as a timer is started. Simultaneously, all players start searching for words in the jumble. When you think that you have found a word, you place one of your boats between the first and second letters of the word with the bow of your boat pointing towards the second letter. This reserves the two letters for your own use. You don't have to say what the word is when you place the boat. (Two boats may be between the same two letters if they point in different directions) Once placed, boats may not be moved! When the sand runs out the round is over. Each player in turn spells out their words. Each letter in each word earns you one point. The game lasts four rounds. Most points wins.