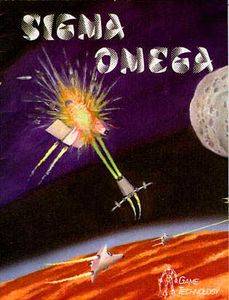 Sigma Omega is two games in one: a tactical space combat system and an associated campaign system. The tactical game uses three-dimensional Newtonian mechanics - every turn, each ship gets an acceleration on each axis which is added to the previous velocity. There are acceleration and maneuvering limits. Fighters are given the ability to alter facing somewhat independently of velocity, which affects combat - there is a section of invented maneuver combinations such as the "Cauchy Spiral." The campaign game can be facilitated by a moderator, who creates a map and adjudicates the moves. There are rules for production, planetary invasion, and fairly complex rules for ship design if players do not like the twenty or so provided. According to the rules, the game was originally "a set of guidelines for a computer simulation," which is apparent from the amount of arithmetic involved. In addition to the rulebook, counters, base ships (which must be cut out), and fighter sighting templates (ditto), the game includes an order sheet of programs for Texas Instruments calculators which would implement various game calculations.