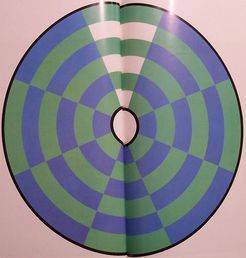 Adapted From Ediciones Sombra's website: "CEP: Combat in the deep space is a new product of Edicions Sombra. Though shares the same ambientación Exo RPG is perfectly compatible with this one, CEP is an independent product that can be used with or separated to the RPG, and can be adapted to other games of science fiction. CEP, with an agile and intuitive system will allow you to recreate innumerable spatial combats between fighters, merchant ships, ships wetnurse and small battleships. The game contains two hexed color isomorph boards of 24 x 34 centimeters, two frames of counters with more than hundred ships to your disposition, two cards players aids whit the sequence of play, and a rules manual of 44 pages that includes rules for the creation of ships (extended of the included ones in RPG), the rules of spatial combat, the description of the usable ships directly in the game and three introductory scenarios (one of them to play in solitary)."