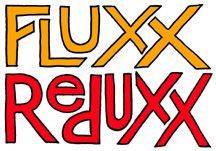 CANCELLED GAME The information that BGG has on this item indicates that Fluxx Reduxx will not enter production (According to designer Andy Looney -- "This was never a real product. I'm not sure it ever will be." This entry currently serves as a placeholder for the announced item and will likely later be removed. Fluxx Reduxx: One part sequel, one part retread, and one part experiment, it all adds up to something we're currently calling Fluxx Reduxx. Similar in many ways to Family Fluxx, this will be a slimmed-down stand-alone version of Fluxx, with all new Keepers and Goals and with just the most standard and important Rules and Actions. It's a sequel in that it's a whole bunch of new Fluxx cards for the fans who've been craving new stuff, which can be combined with the original or enjoyed standalone; it's a retread in that the core game is the same, and many of the "new" Keepers and Goals are cards that have previously been seen in promo card form or in earlier editions of the game; and it's an experiment in that we're interested in seeing how well people like this leaner, simpler, smaller version of the game. Also, Fluxx Reduxx (and Family Fluxx, too) will feature a couple of cool all-new Action cards we've been trying out lately, these being Jackpot! (which lets you draw 3 more cards right away) and Choose a New Rule (which lets you seek out and play your favorite rule from either the discard or draw piles, reshuffling the former into the latter thereafter). Part of the Fluxx series. NOTE: This may be referring to the "FLUXX Special Edition" sold exclusively at Target Stores.