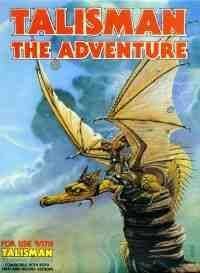 This is the second expansion set for Talisman - The Magical Quest Game. It adds 8 new Characters, 9 new Spells, a bunch of new Adventure cards, 6 character sheets for keeping track of attributes and possessions, and 6 alternative ending cards should players want to play use a random ending instead of the basic Crown of Command. Also includes optional rules for Henchmen and The Chaos Bloodbath. Part of the Talisman series of games and expansions published by Games Workshop Ltd.. Expands: Talisman