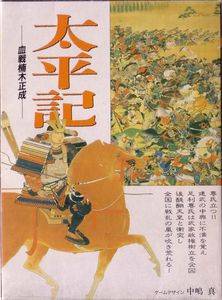 This is a Japanese wargame on the "Nanboku-cho" period (Northern and Southern Courts period) and simulates one of the most dynamic and important periods in Japanese history. It uses an area movement system. This game has cult status among Japanese wargamers as one of the best games representing the era, and the system is also used in the designer's later games Koetsu gunki and Warriors of God: The Wars of England &amp; France, 1135-1453. Components (First edition): 1 Rule book 1 Map (510x360 mm) 1 Counter sheet (128 Counters) 8 Six side dice