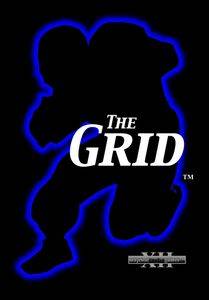 From the publisher: The Grid is a board game, officially licensed by the Federation of American Football Leagues (FAFL). It simulates the excitement of Yankee Rules football, as players take control of their favorite teams and players. Each of the twelve teams in the 2050 FAFL World Tournament is represented by its complete 15-man roster. Play out your own tournament, and see if you have what it takes to coach your team to the championship!