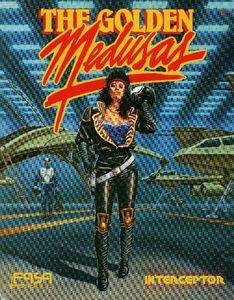 The Golden Medusas is an expansion for the Renegade Legion Interceptor game published by Fasa in 1987. It describes some of the deadly space battles between the Witches of Defiances fighter wing against the Orca squadron of the TOG's Death Express fighter wing. Included are histories of both fighter wings, with briefing on their personalities, skils and personal backgrounds. There is also a unit history, combat readiness and 15 scenarios for you to play. The book (80 pages) and adds colour and flavour to Renegade Legion: Interceptor.