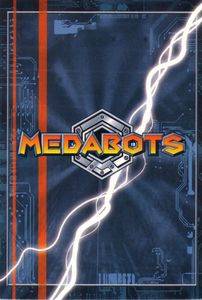 The Medabots Trading Card Game, based on the children's television cartoon of the same name, allows two players to compete by placing Medabots on a Battle Sheet and fighting it out. Whenever a Medabot is destroyed, players pay a cost in Hit Points. The player who causes his opponent to lose all his HP is the winner.