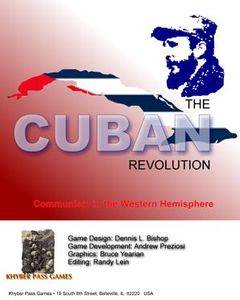 The Cuban Revolution depicts the critical area and time in the Guerrilla war fought between the colonial government of Fulgencio Batista and the Guerrillas led by charismatic individuals like Fidel Castro and Ernesto “Che” Guevara. Beginning in February, 1958 Castro began the first Guerrilla offensive by coming out of the Sierra Maesta Mountains and attacking the Bastiano troops in the plains. The Bastiano army counterattacked driving the Guerrillas back into the mountains beginning in June 1958. When the Bastiano army attempted to destroy the guerrillas, the Bastiano army was all but destroyed itself. With all the newly acquired weapons, the guerrillas launched a final offensive that ended in the only major battle of the war at the town of Santa Clara. The defeat of the Bastiano western forces caused the rest of the army to begin deserting. When Batista fled in January 1959, the guerrillas triumphantly declared the island was finally free. The improbable victory of the Guerrillas resulted in the only communist country in the Western Hemisphere. The Cuban Revolution uses area movement and a simple and easy-to-learn combat system. Learning the game takes minutes and about 1-2 hours of playing time at most.