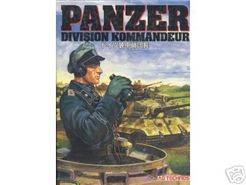 One mapsheet, 504 counters, one 24-pg rule/scenario booklet (8 scenarios ranging from 1940 to 1945), three PAC (two are identical). Only 10 ½ pages of the book are actual rules, the rest being scenarios, historical information and designer’s notes. The units are German, Russian, French, British and US. They and have large, white “D’s” on the backside (presumably meaning ‘Disrupted/Disorganized’). Markers include “Fired,” and “Reaction,” with two levels of improved positions. Artillery may use ranged fire. The charts and tables include five combat-related tables, three of them detailing unit interaction. Each player’s card also has two tracks on which to record information. No indication of turn length or scale. No indication of unit size.