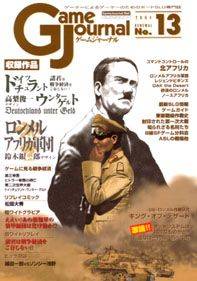 War economy is the biggest factor that determines the outcome of modern war. Deutschland Unter Geld (Germany "under money") is a strategic game that simply and coldly looks at the reality of war economy. Operations only exhaust the nation, but the pursuit of efficiency alone cannot win the war. For six years from Poland to Berlin, are you ready for an adventure ? Number of counters: about 50 Map size: 1 half map Game period: 8 turns Unit size: army-army group Number of players: 2 people Difficulty (5 levels, 5 is the highest): 1 (translated &amp; adapted from GJ website) This is a strategic treatment of WW2 in Europe like "The Third Reich" in microgames format. Units are moved after resource spending.