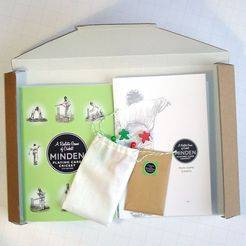 Minden Playing Card Cricket has been around since the early 1980s and is one of the best of the stats-based cricket games. Each ‘turn’ of the game simulates an over of Test or One Day Cricket. Turns are resolved by using a regular deck of playing cards instead of rolling dice, although six sided dice are used to resolve some plays. The device of replicating a single over per turn is perfect, as full test matches can be played over several hours, while one day games can be played out in a single session. The system ingeniously allows for hat tricks, batting collapses, batsmen playing themselves in, and batsman playing with confidence. There are two forms of the game. Basic, which only include some rules and in which players are not individually carded (although they do have individual stats) and the Advanced Game, in which each player has a unique card. It produces a very convincing range of scores and excitement (perhaps rather more than the real game does). Extremely clever. The 5th Edition of this game is now available from mindencricket.com