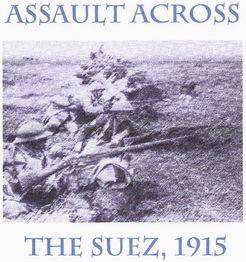 Covers the climatic battle of the Turkish 25th and 10th divisions epic bid to capture and destroy a portion of the Suez Canal in February, 1915. The day long battle is covered at the tactical level, platoons and companies, individual ships and aircraft. Several scenarios include the historical site and non-historical. Over 270 counters, one 11 x17" map depicting a section of the canal. Units include MGs, naval, air, leaders, morale, explosives, artillery and more. The game length is 10 turns, including night.