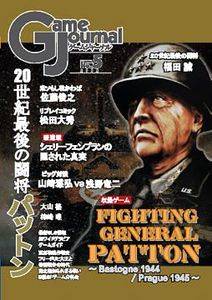 The first edition has four scenarios: Sicily 1943 Avranches 1944 Bastogne 1944 Prague 1945 Turn length is a half day except Prague (one day) Units are basically batallions except Prague (regiment). Player numbers are one or two. Playing time is from one to four hours. "Prague 1945" is a fictional battle of USA vs Soviet Union in Czechoslovakia. Solitaire Suitabilty: High(on a scale of Low-Medium-High) Game Design: Makoto Fukuda. He designed many historical games for Tsukuda Hobby. The second edition is published on Game Journal #5 in 2002. But, it only covers Bastogne and Prague. The first edition was published as first volume of a series. But, the second game didn't show up at all.