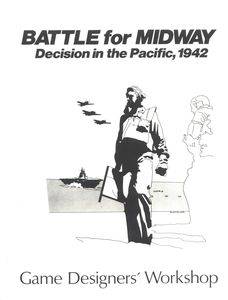 Battle for Midway is a large scale air-naval simulation of the naval action between Japanese forces attempting to invade and seize Midway Island, and the American air, naval and land forces dedicated to holding it at all costs. Counters representing American and Japanese aircraft, ships and troops maneuver across the maps, searching for the enemy while attempting to remain concealed themselves. When the enemy is located, intense efforts are devoted to his destruction, and to the achievement of strategic objectives. 2 Maps 480 die cut counters Rules Deployment sheets CRT player aids Large ziplock package format The game looks very playable. Being initiative based there is no certain way for a player to set a concrete strategy and so must respond to weather, turn order and the mystery of where the enemy task force is.