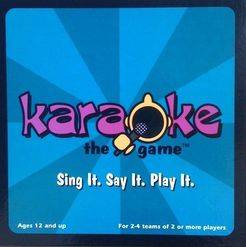 The players divide into teams that race around the board, trying to get the team members to guess artists by singing, or if they are not able to sing, by describing the artist. The questions come from the 4 categories Rock &amp; Roll, Pop, Country and Oldies. Some cards contain the words "Sing it!" that mean that you have to sing any of the other artists on the song. The race part of the game uses dices, and works much like any other party games. There are a number of action spaces on the board, and the actions are written on the same cards as the question cards with artists on them, which is rather inconvenient.