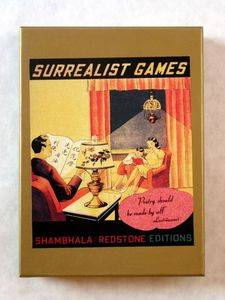 "Here collected for the first time is a compendium of Surrealist games, strategies, and procedures. It is for those who wish to employ for themselves the techniques of Surrealist inquiry and discovery; it sets out the rules and directions for playing the games. There has been nothing like it: much of the material gathered here has been previously documented only in obscure journals, or in magazines long since defunct and difficult to come by." "The Surrealists initiated the most radically liberating critique of reason of the century. Their brilliant investigations were conducted through art and polemic, manifesto and demonstration, love and politics. But most specially and remarkably, it was through games, play, techniques of surprise and methodologies of the fantastic that they subverted academic modes of inquiry, and undermined the complacent certainties of the reasonable and respectable. Playful procedures and systematic stratagems provided keys to unlock the door to the unconscious and to release the visual and verbal poetry of collective creativity." A small format book details numerous games that involve automatism, simulation, role playing, story creation, randomness, and dadaist poetics. The hardcover version also includes a full-color, fold-out gameboard for a game called "The Goose Game" with nonsensical rules, designed and produced by noted surrealist Andre Breton. A surrealist dictionary and a removable tattoo are also included with the hardcover edition.