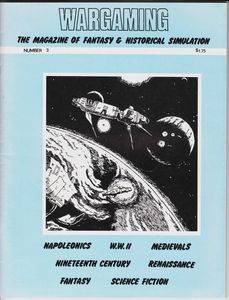 This mini-game is taken from FGUs Wargame magazine #3. The Battle of Maiwand took place in the second Afghan war and pits the British and Indians against the tribal irregulars and Afghan forces. Battle of Maiwand is played using the mapboard in the center of this issue of WARGAMIING. The pieces or counters are found on the card inserted in this magazine and must be cut apart. The blue counters represent the British and Indian forces while the black counters represent the Afghan regulars and the gray counters represent the tribal irregulars of the Afghan forces. The map shows the area two miles east of Maiwand. The mapboard shows the area of the battle and has the following characteristics: The village of Khig in the South East area of the mapboard. The lightly shaded areas show the location of a ravine which greatly hindered movement on the battlefield. The dashed line in the North East of the map indicates the area of Afghan set—up. The dotted line in the South West portion of the map indicates the British set—on area. The symbols that follow represent British facilities as indicated and are stationary in the South Western part of the mapboard.