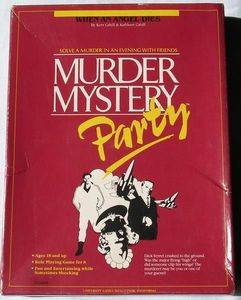 Who Shot Down Dick Ferret The Dante's Angels were the top air show in the nation. Major Dick Ferret was their leader until his plane took a nose-dive during an air show and crashed into the landing strip. The plane had been tampered with. Contents: Invitations to be mailed to your guests. Background information on the roles to be assumed by all guests. A synopsis of the murder committed and background on the victim. Name tags for each guest. Evidence and clues. The solution to the murder. Instruction so host your party. Recording which introduces the mystery.