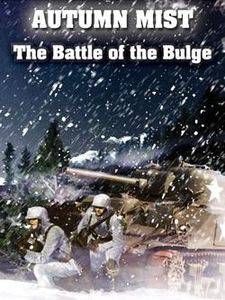 (by designer, Brian Train:) A historical game on the Battle of the Bulge. I was getting a reputation that I only design games on obscure topics and battles. But there is an unwritten rule that every game designer has to do a Bulge game, so this one is mine. I am indebted to Jim Stahler for the essence of the Mission Matrix idea from his variant article for Blitzkrieg in the General volume 18, number 6 (March-April 1982). Though I've modified it, I've been waiting 20 years to stick this idea in a game design of mine. 11x17" hex map of the Ardennes at 5 km per hex, division scale, 2 days/turn, 280 counters. Re-implemented in 2015 by Winter Thunder, with revised order of battle, additional rules and much nicer map and counters.