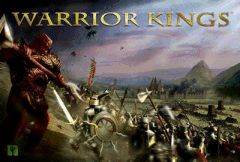 From the designer: "Grand tactical battle rules and campaign system for the ancient/medieval time period. Playable with any already based figures, Warrior Kings allows players to recreate battles from antiquity in a realistic way. Driven by their unique "reaction test" system players can fight a battle to a meaningful decision in two hours or less." Ancient/Medieval rules for fighting with miniatures.